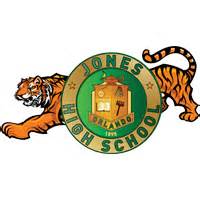 ORLANDO - With a 91% graduation rate in 2016, a whopping 10% more than the state average, Jones High School cemented its legacy as one of Central Floridas premier high schools. According to Jones High advocate and alumni Marcus Robinson, 83% of Jones recent graduating class are going to college. Those statistics ratify the schools slogan that, Excellence is the Expectation for Every Student.

Jones High School principal for the past 2 years, Roderick Waldon, resigned his position on Monday, May 8th.

Despite multiple allegations surrounding his resignation, Orange County Public Schools (OCPS) has yet to indorse or deny any of the claims. Rather, OCPS noted personal reasons for his stepping-down in a news release submitted Tuesday, May 9th.

The release went on to say that, the district has been looking into some questionable student record issues at the school.

However, no direct link between Waldons resignation and OCPS investigation has been confirmed.

No seniors graduation status is compromised, and athletic participation for the past school year was within guidelines, said OCPS in a statement. Specific irregularities which were discovered are being dealt with through the appropriate governing bodies.

Whereas some see Waldons departure as fitting for the circumstances, others commend him for his leadership qualities utilized during the past two years.

Out of the 20 high schools in Orange County, we now only have one black male principal and some students need a strong black male in leadership, especially in inner-city schools like Jones High School, said Robinson. Principal Waldon wore a suit every day to school because most of the kids only saw a black man in a suit while at a funeral or if they were an attorney and he wanted to get that stereotype out of their heads.

Along with the news of Waldons resignation, it was announced that DeAnae De Sadier will not be holding her position as Jones High Schools Athletics Director.

Ms. De Sadier was not reappointed as athletic director at Jones HS for school year 2017-2018, said Katherine P. Marsh, Director of Media Relations for OCPS. Ms. De Sadier may apply for work elsewhere in the district but not Jones. It is not uncommon for employees to be non-reappointed at one school, however they can get hired at another school.

Accusations circling De Sadier not being retained, point to an overabundance of athlete transfers to Jones High School.

According to the OCPS Student Enrollment records, of the nearly 4,000 student transfers during the 2016-2017 school year only 126 were contributed to Jones High School. In fact, 4 other schools under OCPS jurisdiction exceeded more than double the amount of transfers as Jones.

Nevertheless, reports show that 20-30 of those transfer students could be football players that transferred to Jones from other schools during the 2016-17 school year.

Jones High School is not currently under investigation by the Florida High School Athletic Association (FHSAA), said Kyle Niblett, the Public Relations Specialist for the FHSAA. Orange County Public Schools will forward any FHSAA-related concerns once they conclude their research. We were told the process should take a few weeks.

While some equate the recent inquiries into Jones football program to their growing transfers, there recent growth of success on the field might play a role as well. In the 2016 season Jones shocked high school football fans with their record of 10-2, with amazing scores of 60-0, 52-0, and 50-0. Both games lost last season were against Cocoa High School.

Unfortunately, these assertions of grade alterations and the lack of Waldon and De Sadier returning, are beginning to blot the schools reputation. The threat to Jones status has become concerning to Alumni who treasure the schools heritage.

I think that the best way to comment on the good things that have been going on at Jones, for us to maintain that 130-year plus history, is to credit Jones existence to a very much involved Alumni that want to protect the legacy of Jones and make sure it continues, said Dr. Carl MaultsBy, a distinguished Jones alumni.

From May 8th through the remainder of the school year, High School Executive Area Director and former principal at Oak Ridge High School, Dr. Leighanne Bradshaw, served as acting principal.

In The Tiger's Roar! published May 24th by Jones High School, Allison Kirby was announced as their new principal. The new member of the Tiger Family previously served as the Principal of Lockhart Middle School, an Assistant Principal at Freedom High School, and additionally as a former high school teacher. Kirby started her new role as Jones High School Principal on Thursday, June 1st.

Regardless of recent claims the legacy of Jones High School has hope, as the future of the school is looking bright.

During a speech given at the 100 Black Men Gala Superintendent Barbara Jenkins praised the schools, Superior-Rated Band and Chorus that will perform at Carnegie Hall in New York City next spring, and went on to announce that while currently 13 Advanced Placement courses are offered at Jones. Under the leadership of new principal Kirby next year we will add AP French, Physics, and 3D Art, the most in school history, at 16.